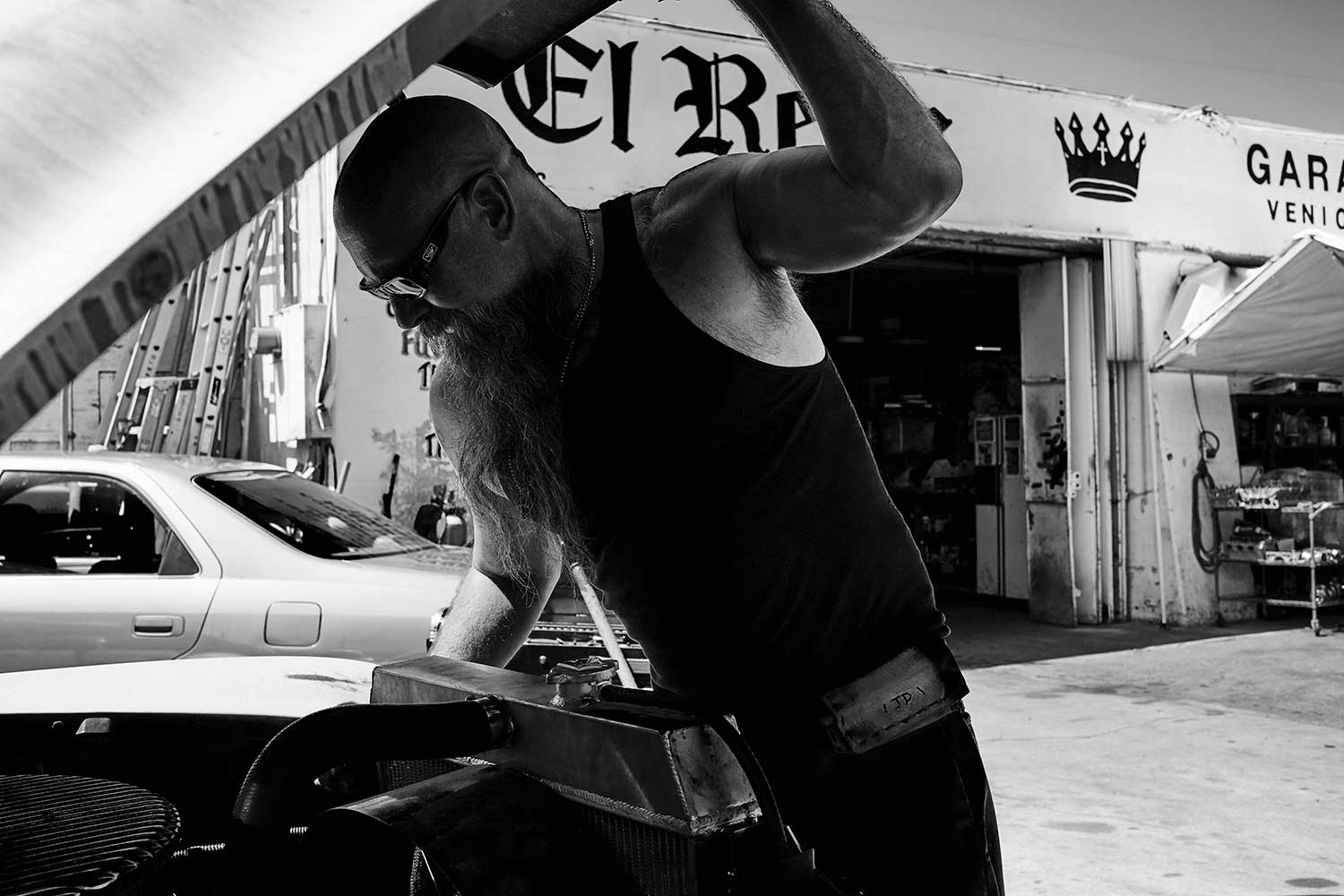 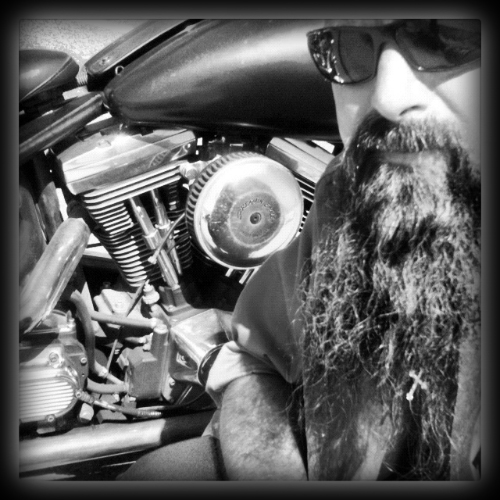 This area of the world has a very unique creative energy that’s hard to describe. Some say it’s scrappy yet beautiful, spiritual, slightly dangerous, funky, even a bit twisted. Others have said it’s where “art meets violence” or “where debris meets the sea”.

This historical SoCal backdrop has been perfect for Brother JD to express his many artistic visions in television, radio, music and automotive custom culture. You’ll find a world of unique artistic creations that involve motorsickles, smooth custom cars, trucks, media production and original style. You’ll also experience the sound of this scene with his first love, an ornery Fender bass playin’ style of music he affectionately calls “Stank.” What started out as a few cool backyard videos for YouTube, eventually turned into “Turn & Burn”, a TV show for the Discovery Channel. From that experience, Brother JD and El Rey’s began to further pursue television production excellence with their next TV series titled “Wrench Wars” which is currently airing in prime time on the MAVTV network, Amazon Prime and PlutoTV.

Whether it’s music, television, radio or just a few cool rides, you can see and hear the “Father of Stank” and his unique “Hillbilly-Hoodrat” style in everything Brother JD creates. Come on in, hang out with the “Blue Collar Nation”, and prepare to get dirty.